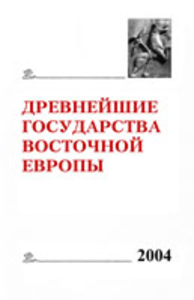 The next volume of the almanac examines the topic "Political institutions of Old Rus'" in various aspects - historical, source study, historical and philological. The central plot of the volume was the Old Rus' veche: its composition, functions, the meaning of the term and the degree of its severity, the role of messages about the veche in the chronicle text. Such problems as the relationship between the veche and the prince, the congresses of princes, the Kiev succession to the throne, princely naming, the representativeness of chronicle data on personalities of ancient Russian history, the composition of the customers of ancient Russian books are highlighted. Two articles are also published on topical issues of studying the treaties of Russia and Byzantium in the 10th century, and two reviews.