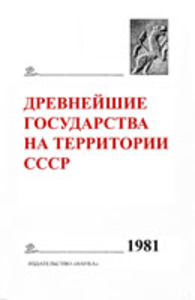 The main part of the "Research" section is the monograph by Igor S. Chichurov "The Place of Theophan's Chronography in the Early Byzantine Historiographic Tradition (4th - early 9th century)", dedicated to the analysis of an important source for Russian history and adjoining the book by the same author "Byzantine Historical Writings: Theophan's Chronography, Nikifor's Breviary" ( texts, translation, commentary). M., 1980. An attempt is made to trace the evolution of Byzantine historical prose in terms of the author's self-awareness, the nature of the chronicler's work with the source, and the historian's ideas about imperial power. The "Reviews" section contains responses to publications on the problems of the medieval history of Eastern Europe.