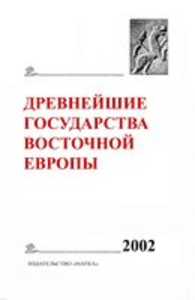 The next issue of the alamanc contains articles devoted mainly to the problem of the functioning of genealogy in the culture of early and medieval societies, primarily its role in the preservation of historical memory. On the material of ancient and medieval sources originating from various regions - Old Rus', Western Europe, Scandinavia, Byzantium, the Arab East, etc., the features of ethnic, tribal and dynastic genealogies, the formation and development of genealogical thought are studied. The section is complemented by studies of the problems of the social, cultural and confessional history of Russia, as well as ideas about the geography of Eastern Europe by the Arab writer of the 13th century. The collection is completed by a bibliography of Readings in Memory of Corr. USSR Academy of Sciences Vladimir T. Pashuto for 1988-2003.