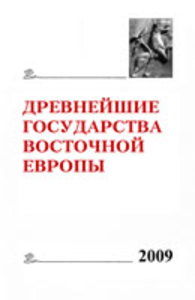 The next volume of the almanac "The Earliest States of Eastern Europe" contains articles on the problem "Transcontinental and local ways as a socio-cultural phenomenon". The theme of paths is extremely important in the context of Eastern European history, and in particular in the history of Old Rus', in the formation of the territory of the Old Russian state. The paths of Eastern Europe are considered by the authors of this collection not only as transport communications and trade routes, but also in a broader sense - as the most important ways of non-commercial exchange between peoples, which contributed to the mutual transfer of knowledge and experience in various spheres of life. A parallel to the Eastern European material is the Western and Northern European material discussed in a number of articles in the collection, as well as information about the functioning of the routes in Transcaucasia and Central Asia.