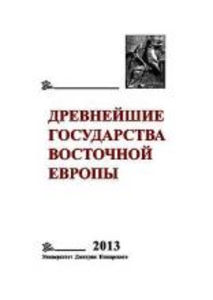 The next volume of the almanac "The Earliest States of Eastern Europe" is devoted to the problem of how, when and in what forms in the societies of Antiquity and the Middle Ages, historical writing arises. The articles collected in this volume reveal this issue on the material of ancient and medieval Eurasia, as well as pre-colonial Africa and pre-Columbian America. The composition of the most ancient forms of historical writing (royal inscriptions, weather chronicles, lists of rulers, lengthy narratives, etc.), the sequence of their occurrence, the historical and cultural context, and other issues are considered. Particular attention is paid to the societies of early medieval Northern and Eastern Europe, including Old Rus'. Several articles of the volume are devoted to the debatable problems of the beginning of Old Russian historiography.