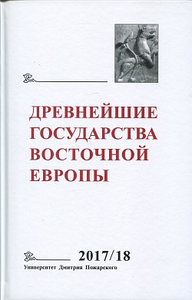 The next volume of the almanac "The Earliest States of Eastern Europe" is devoted to the early forms and functions of writing in the societies of Antiquity and the Middle Ages. The central problem of the volume - writing and the formation of statehood is considered on the material of a number of societies of Antiquity and the Middle Ages, including Old Rus'. Other subjects related to the early functions of writing and the relationship between oral and written practices at different stages of the formation of written culture are also analyzed; sources are researched and published that are fundamentally important for understanding the early history of writing in a number of regions. The book is intended for a wide range of historians, philologists and specialists in related disciplines, as well as for all those who are interested in the history of writing and, more broadly, in the history and culture of Antiquity and the Middle Ages.