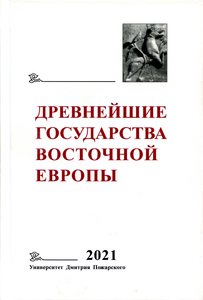 The next volume of the almanac "The Earliest States of Eastern Europe" is dedicated to the anniversary of the famous Arabist Tatjana M. Kalinina. It is dedicated to the cultural, military and political ties of pre-Mongolian and Muscovite Russia with the world of Islam and a comparative analysis of information from Eastern sources about the medieval history of Eastern Europe. The volume consists of three parts. The first contains Tatjana Kalinina's most important articles on the geography of Eastern Europe and the depiction of Slavs and Rus in Eastern sources. Her translations of fragments of a number of Eastern texts are also published. The second part includes articles by her friends and colleagues. The third part is devoted to publications, including dissertations of the outstanding Soviet and Russian orientalist Anatolij P. Novoseltsev "Cities of Azerbaijan and Eastern Armenia in the 17th-18th centuries". The publication is intended for a wide range of historians and philologists, medievalists and orientalists, as well as all those interested in the history and culture of Eastern Europe and Islamic countries.